The Tricks are a Treat at Trickery Chicago!

The Tricks are a Treat at Trickery Chicago! 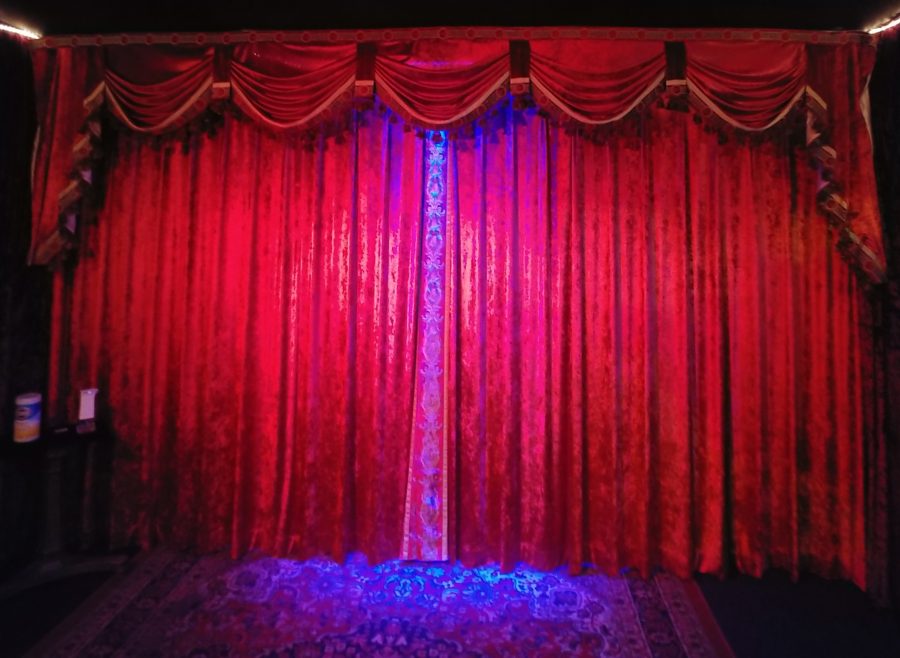 Right in the heart of Boystown, near the intersection of Halsted and Cornelia, you might have noticed a store front with windows revealing a small theater inside. Maybe you’ve been lucky enough to pass by during a performance or even luckier still to have seen a show already. What you’ve discovered is Trickery Chicago, one of Lakeview East’s best open secrets.

As you enter the lobby, you’re met with a vintage aesthetic that tips its hat to the history of magic. The decor includes curtains, lots of curtains, crystal balls, Aladdin’s lamp, a print of The Conjurer painting from 1502 (which subtly depicts a shady type of trickery), sleight-of-hand chairs, and a large framed portrait of the show’s star hanging above a red velvet sofa. The ambiance welcomes you in for an evening of fun and whimsy. 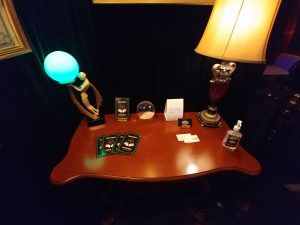 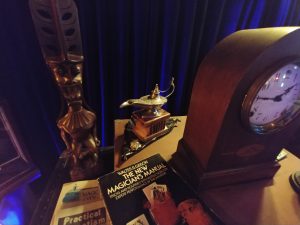 Described as a “comedy show disguised as a magic show,” magician Aaron Rabkin delights you with a smorgasbord of tricks, comedic musings, and other surprises. He’s even helped people propose to their loved one during the performance! On stage with Aaron is Hoppy the Psychic Wonder Bunny for some sidekick schtick. Is Aaron the sidekick or is Hoppy? Who’s to say?! Also, this is an interactive show with many opportunities for audience participation—don’t worry, no one gets sprayed or sawed in half.

The repertoire is comprised of what you might expect for a close-up magic show, including: card tricks that make you go “no really, how’d he do that?”; rope tricks; objects that disappear only to show up later inside a locked box; cups and balls and then more balls; the egg “miracle” that could make anyone a believer; and a really random balloon trick. You’ll know it when you see it. 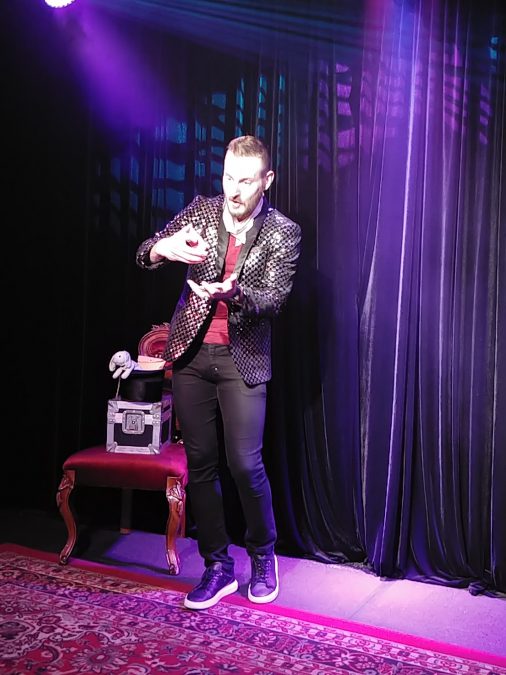 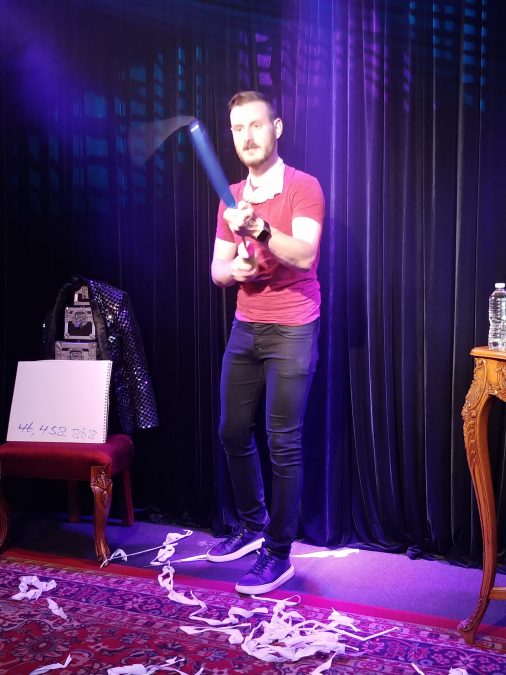 Sometimes there is a little bit of danger because danger is fun, too. The bit with the stapler is intentionally nerve wracking, but hopefully Aaron picks someone else in the audience, and that way you’re off the hook, errr, the staple, for the successful execution of that trick.

And while you’re trying to figure out how the heck he did that and everything else, Aaron’s high energy and humor drive the show forward and add to the fun. Again: Trickery = Magic + Unexpected Comedy, which is math we can all get excited about. The tricks and quips keep coming faster than you can say abracadabra.

The real sorcery here is that this is a one-man operation. Yes, Aaron shares billing with Hoppy, but Aaron is the one doing all the leg work, with some backstage assistance from “Steve the Stage Hand,” but he’s shy.

If you’re looking for 60 minutes of fun and escapism, hop on over to Halsted. Trickery is the delicious treat you didn’t know you wanted. Oh and it’s BYOB, so take advantage, though not too much, because you do want to catch all the jokes.