As recently as this time last year, the Mercury Theater looked to be closed for good. In June 2020, Walter Stearns and Eugene Dizon, the venue’s owners and programmers since 2010, announced they’d be shutting the doors permanently due to loss of revenue from the pandemic.

It was heartening, then, to observe a small but raucous crowd gathered there on a slushy February weeknight, cheering on an extremely talented cast of performers in the musical revue “Women of Soul.”

The show isn’t brand new. It was conceived and first staged by writer-director Daryl D. Brooks in 2018 at the Black Ensemble Theater in Uptown, less than a mile north of Mercury’s Lakeview address.

There, “Women of Soul” was choreographed by Christopher Chase Carter — now Mercury’s new artistic director. Stearns and Dizon, who remain on as owners and executive directors, handed the artistic reins to Carter last April when they announced that financial restructuring and federal assistance had allowed them to reverse course.

Carter, who may be the only choreographer at the artistic helm of an Equity theater in this city, has assembled a remount of the Black Ensemble revue to continue his first season at the Mercury (which reopened in the fall with a winning production of the musical “Sister Act”).

In addition to Brooks and Carter, music director Robert Reddrick and costume and wig designer Rueben D. Echoles are among those recreating their work. Every member of the Mercury’s stunning cast — and more on them in a moment — is also a veteran of the Black Ensemble premiere. 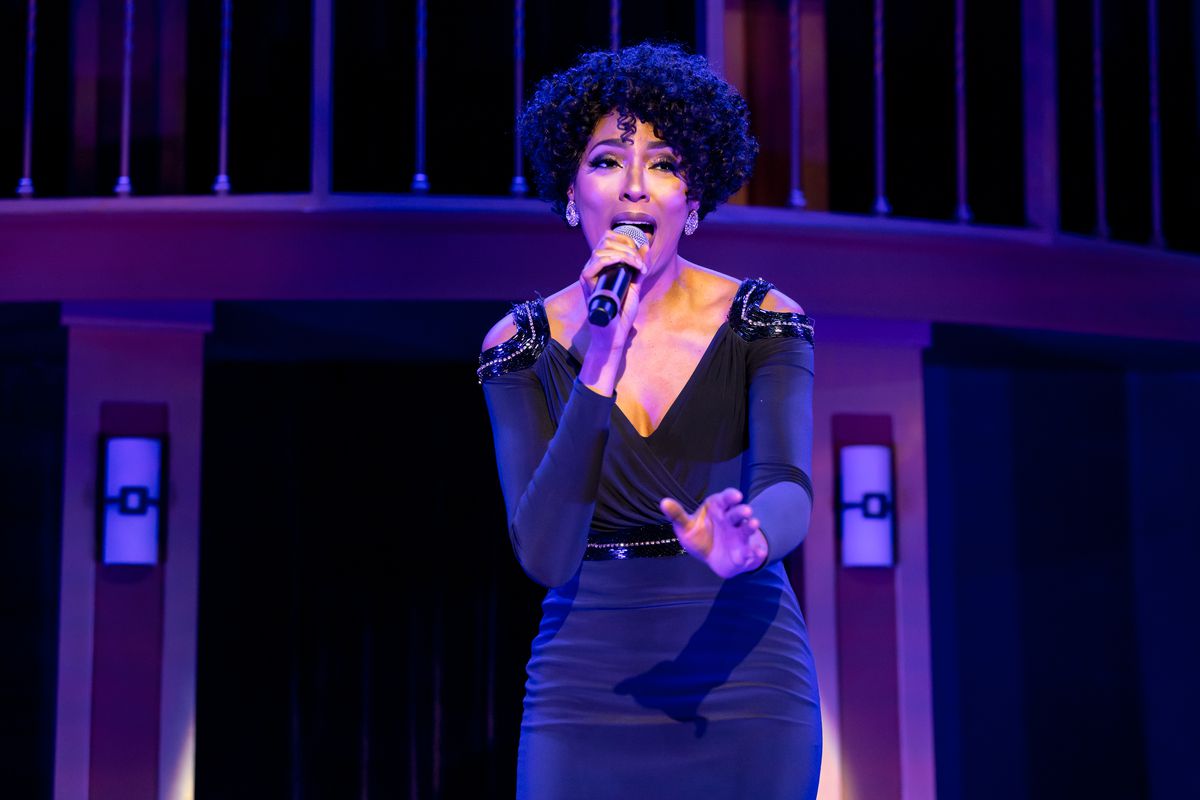 The show’s organizing principle is pretty loose. “Soul” here refers not to a narrow delineation of musical style, but a sort of spiritual ethos. “It’s not just about how they sang,” one of the actors tells us in the revue’s introduction. “It’s how they lived their lives that makes them Women of Soul.”

Thus the performers pay tribute to soulful female singers across decades and genres. Aretha Franklin, Gladys Knight, Whitney Houston, and Diana Ross are present, naturally. But so are Janis Joplin and Mahalia Jackson and Big Mama Thornton and Adele.

Well over three dozen songs appear at least briefly through the show’s two hours, and the band is given little time to rest between them. Barely have the house lights gone down before Robin K. da Silva is conducting Gladys Knight’s “Midnight Train to Georgia.” It’s quickly followed by Jessica Brooke Seals’ rendition of Dionne Warwick’s “I’ll Never Love This Way Again,” Rhonda Preston on Evelyn “Champagne” King’s “Shame,” and Cynthia F. Carter adopting Tina Turner’s strut in “The Best.” Each of the cast’s eight women gets to embody multiple musical icons, and while none of the performances are full-on vocal impressions — this is no Vegas impersonator showcase — they’re all impressive. The actors manage to invoke the feel of distinctive singers like Etta James, Anita Baker and Amy Winehouse without papering over their vocal talents.

Some of the assignments are daunting indeed: The statuesque Jerica Exum, tasked with both the whistle-register crescendo of Mariah Carey’s “Emotions” and the rich, ringing pleas of Whitney Houston’s “I Have Nothing,” ace the test. Colleen Perry delivers a respectably raspy version of Joplin’s “Piece of My Heart,” while Hannah Efsits offers up a chillingly vulnerable take on Amy Winehouse’s cover of the Zutons’ “Valerie.”

Aeriel Williams, who in the interim since her first run in “Women of Soul” played a fantasy version of Diana Ross in the Off-Broadway production of “Trevor the Musical,” embodies Miss Ross again in a fun rendition of “I’m Coming Out,” clad in a dazzling mirror-beaded minidress. (Echoles’ costumes and wigs are ravishing throughout, compared to Angela Weber Miller’s relatively drab unit set.)

Brooks’s script follows the familiar Black Ensemble formula set by founder Jackie Taylor: lightly sketched biographical facts, emphasis on positivity and overcoming adversity, and irresistible, barnburner musical numbers. We’re here for the women and the soul, and both are of the highest quality.

Run time: 2 hours, with one intermission