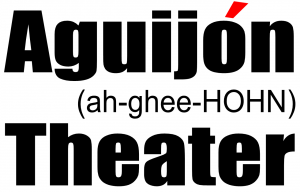 Aguijón Theater Company (pronounced ah-ghee-HOHN) was founded in 1989, and their mission is to promote and foster theater that discusses the social issues that affect the U.S. Latinx community and the general population. They seek to instill cultural pride in new Latinx generations by building bridges of communication and understanding. Aguijón is dedicated to Spanish-language and bilingual works, whether they are new, classic, contemporary, or adapted plays. They have also performed in international theater festivals around the world. 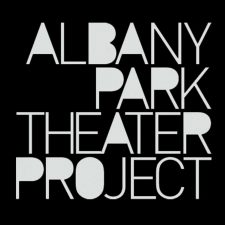 The Albany Park Theater Project is a multi-ethnic youth theater group that was founded in 1997. Every year, teens from Chicago Public Schools in Albany Park form an artistic ensemble to create a new play based on their life experiences and social justice issues affecting the community, such as immigration, poverty, hunger, and more. Through theater, APTP seeks to challenge inequality and racism and shares stories that are overlooked or misrepresented. They also partner with social justice organizations in Chicago and opened the first performing arts space in the Albany Park neighborhood. In addition to critical acclaim, APTP has previously received a MacArthur Award for Creative and Effective Institutions.

Repertorio Latino is committed to elevating the quality and presence of theater in Spanish in Chicago. They stage classical and contemporary plays in Spanish. Past work includes plays by Pinter, Ionesco, and The Maids by Jean Genet. Repertorio Latino has also produced Lorca’s La Casa De Bernarda Alba and an all-ages version of Don Quixote. 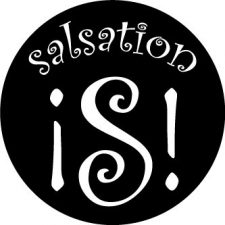 Founded as a non-profit in 2002, ¡Salsation! is Chicago’s premier ensemble theater company devoted to creating comedy with a Latinx flavor. Their sketch comedy focuses on themes like being Latinx in American society and includes past hits like Touched by an Anglo and My Big Fat Quinceañera. ¡Salsation! tours the country and can be hired for private and corporate events. They mainly perform in English, some Spanglish, and en español by request.

Teatro Vista is Chicago’s preeminent Equity Latinx theater company that stages Latinx productions in English. It was founded in 1990 to address the lack of opportunities for Latinx artists. In its work, Teatro Vista explores humanity from a Latinx perspective and seeks to share Latinx culture with Chicago audiences. Teatro Vista with its ensemble creates new plays and produces classic plays featuring actors of color. Their production roster boasts 19 world premieres and 15 Midwest premieres, and they are a recipient of the League of Chicago Theatres’ Artistic Leadership Award.

Urban Theater Company was founded in 2005 by a Latinx ensemble deeply rooted in their community and culture. This Humboldt Park company creates innovative and accessible theater that challenges Eurocentric styles and training and serves as a platform for multicultural representation in performance. UTC believes in community responsibility, and they provide an extensive list of Afrolatinx and anti-racism resources on their website. World premiere productions include Ashes and Light and Brujaja. 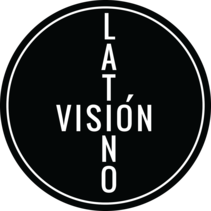 Visión Latino Theatre Company, Latinos with a Vision, was founded as a non-profit in 2016 after Xavier Custodio, Yajaira Custodio, and Johnathan Nieves realized there was a need for Latinx artists to share their struggles and celebrate their culture. Visión Latino is a collective of Latinx artists who produce theater that breaks down racial boundaries and opens the minds of their audiences to Latinx struggles and perseverance. Past works include In the Heights and the world premiere of Revolt!, a play about the tumultuous relationship between Puerto Rico and the United States.

Water People Theater is a bilingual theater company that seeks to expand the boundaries of Latinx theater and to promote peace and anti-violence. Their name comes from the indigenous Yekuana people of Venezuela, the “people on the river who open roads in the water.”

Water People Theater creates theatrical productions, short films and theatrical concerts. They use theater to transform, promote social change, and build community with audiences across ethnic and socioeconomic boundaries, including underserved audiences who may still need an introduction to theater.

WPT also offers classes in their Studio. The kids program uses theater tools to teach character-building and peace-making values such as respect for others and the environment. The Studio for adults offers theater classes such as directing and how to create online productions.

The Chicago Latino Theater Alliance (CLATA) is a resource for Chicago’s Latinx theater companies. This non-profit was founded in 2016 by the International Latino Cultural Center, the National Museum of Mexican Art, the Puerto Rican Arts Alliance, and Myrna Salazar to help local Latinx theater companies stage their work. CLATA seeks to preserve and promote the full spectrum of Latinx theater: from classic and contemporary works to brand new plays by emerging playwrights.

Since 2017, CLATA has been producing the Destinos Festival, featuring local Chicago theaters like the ones listed above, as well as bringing in touring companies from Latin America and the Caribbean. They aim to make Destinos the country’s leading international Latinx theater festival, while showcasing Chicago’s Latinx talent.